The aim of this study was to design a user interface for color correction and grading tools for Accurate. Video application that meet the goals and needs of the people in this field of work, the colorists. To achieve this, research and investigation of the field of color correction and grading was carried out. It was also important to obtain knowledge about the existing available professional editing programs, and what features colorists use in them. Moreover, it was crucial to learn which of these tools they considered to be the most important to use in Post-Production. The goal was to combine this information with design theory to develop a proposal of a design prototype to be applied in Accurate. Video. 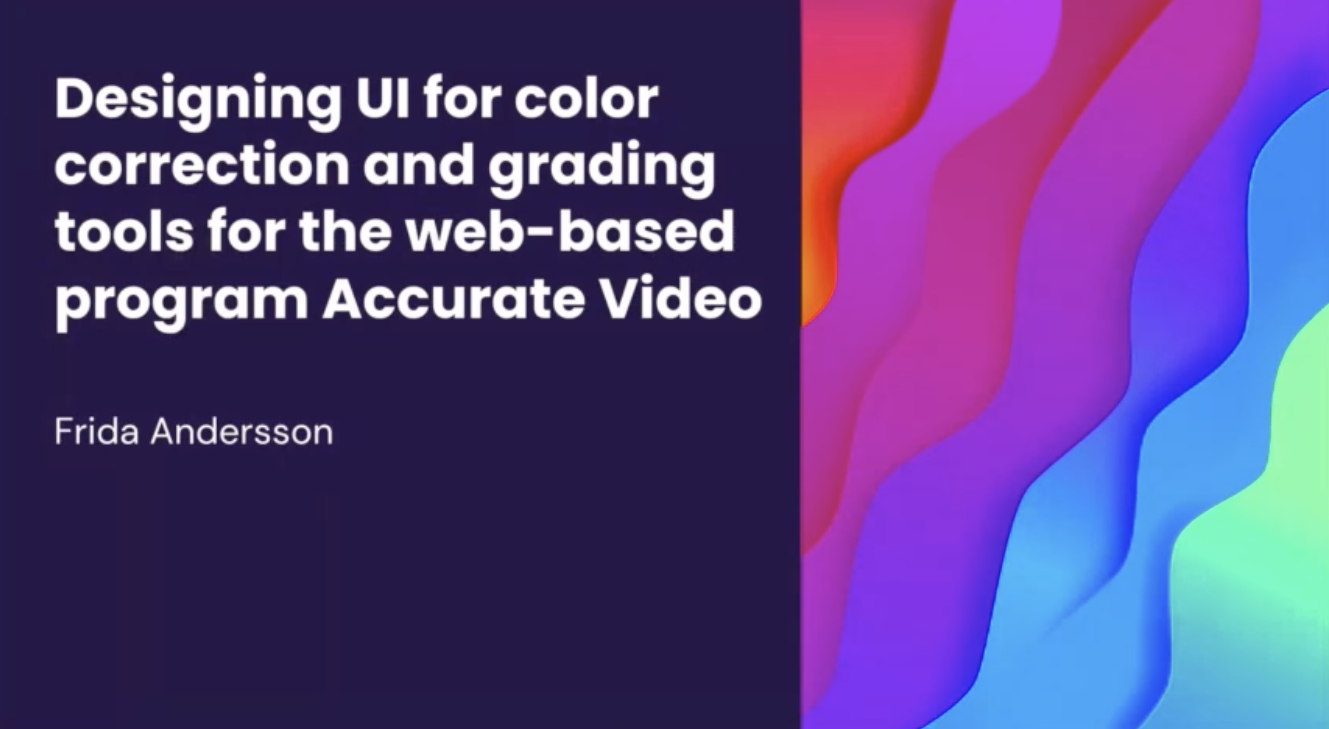 Before we move on, what are a colorist, color correction and grading?

Colorist is the person who performs color correction and grading.

Color correction and grading, that is what the colorist does in his work. The first step is of a more technical nature, you have to match material from different cameras, balance the images, get the right contrast in the material, get the images as clean and real as possible. After that comes the more creative part, in the image they put the "look" that they are looking for. That is, what they want to be able to convey to the viewer, in other words the feeling that the specific clip is meant to give. The process of color correction and grading is a mix of technical adjustment and creativity.

A colorist is the one who adds something to the film, reinforces the customer's vision. It brings the story forward, reinforces and conveys a feeling.

The work started with a research and investigation phase of the field of color correction and grading. By doing literature studies in the area, and I talked to Neil Anderson at Codemill who gave me a great basis to stand on. Further studies were also conducted in interview techniques and in what existing professional editing programs look like.

The interview phase consisted of me contacting a number of colorists and interviewing them. A total of 6 colorists, five of them from Sweden and one in Hollywood. The people worked in the areas from small productions to high end films.

I analyzed the data I received from the interviews, by using Affinity diagramming. It could be crystallized that there were about 20 different tools that they consider necessary to be able to perform their work.

Then I started a brainstorming sketch with paper and pen about the upcoming look of the prototype proposal. The next step was to create the HiFi prototype in the program Sketch.

The results of research in this thesis gave a prototype proposal for Accurate Video which currently does not have this feature. The picture shows an example of how the outcome of the prototype turned out. 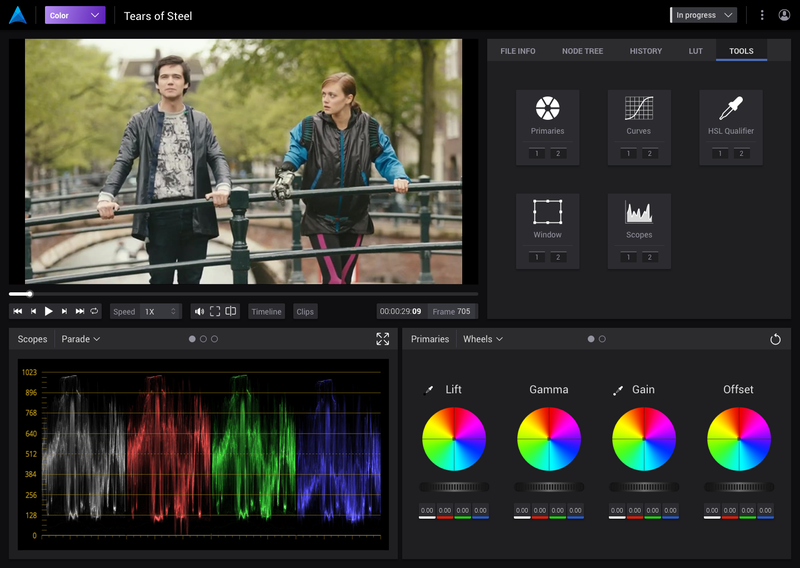 Figure: An example of what the Color page can look like when two different tools have been selected.

Personally, I learned a lot during this work on the subject of color correction and grading in Post-Production, which was completely new to me. Incredibly grateful for the opportunity that Codemill gave me! Codemill as a company has been very inclusive, they took me into the group as one of their employees. Thanks Codemill and team Fusion! Emil Edskär, who has been my supervisor, has been a great support and sounding board through the work. That we have had a weekly meeting has really facilitated the work and something that was very positive was that I could feel seen. Many thanks!

“Frida did an amazing job investigating the area of color correction and the people working within this field to learn about their goals and needs. These findings were later used as a foundation when she created a prototype of an Accurate. Video color correction application. Both the resulting prototype and the research findings will be of value for us at Codemill” - Emil Edskär, UX Designer.

One thing that has struck me is that from now on, I will not be able to watch a film without giving a little thought to the colorist or making a reflection on how the colors are set in the film.

It has been a fun time at Codemill. I can really recommend doing your master thesis at Codemill!